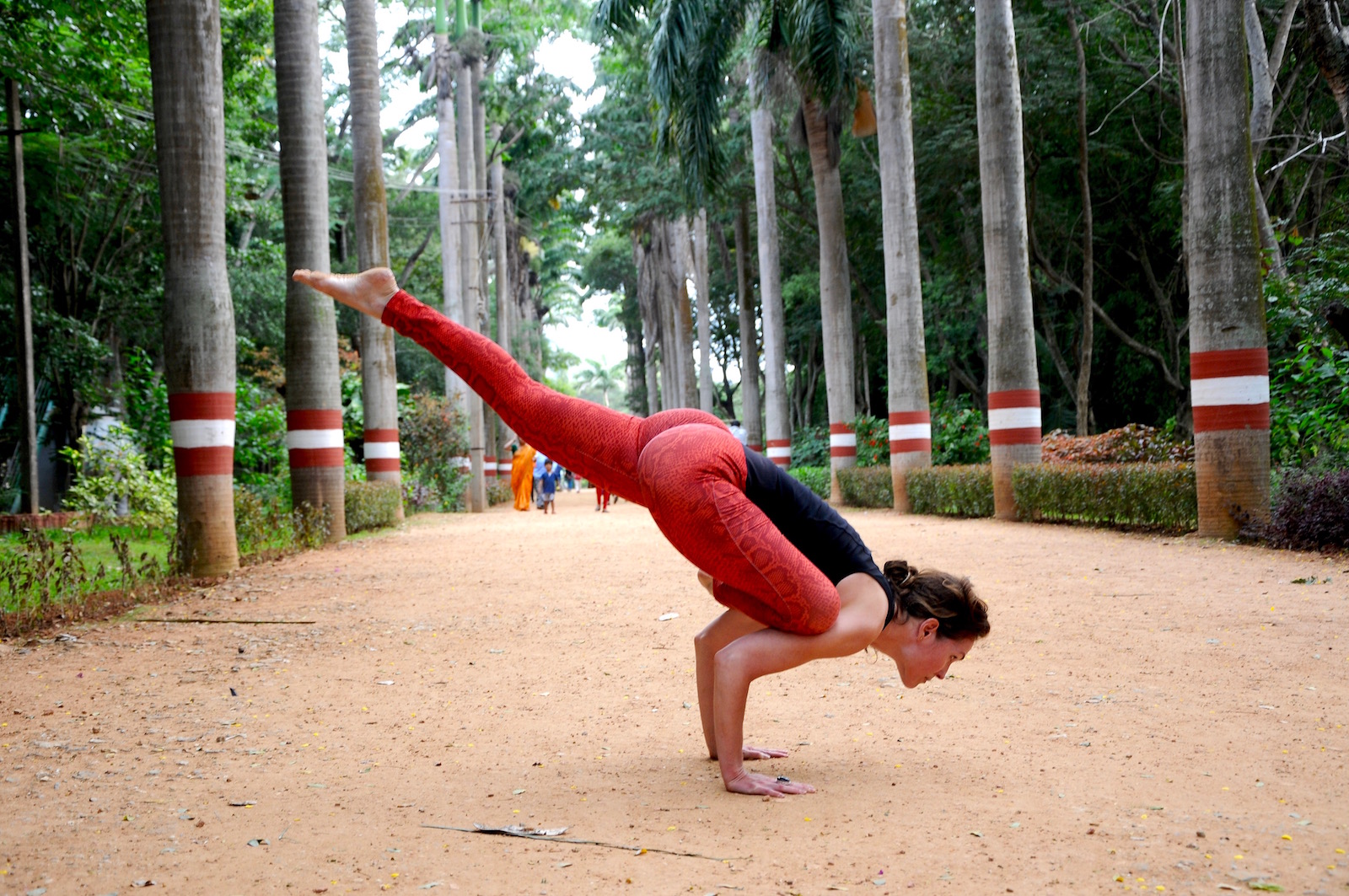 Dropping the conventional and taking the long way home.

“Even if you start doing push-ups it will not help,” replied the teacher to a student struggling to get up from the floor.

In Mysore, India, we practice an unguided sequence, which is built from learning to practice the postures independently. As a student, this is the best way to learn the asanas. Quite unlike the West, a teacher in India will instruct using only verbal cues. From my experiences, the right word or message can be as potent as a physical adjustment. So, when I witnessed a teacher telling a student that even doing push-ups will not help, it was cause for pause.

Going back to my initial studies in India, Shri K. Pattabhi Jois, he told me I had “no strength”. I didn’t like that. It bothered me so much I started doing push-ups. I did them until I flopped on the floor. I never stopped thinking about it. I thought I was the only one. Then I found out he also said the same thing to men. Looking around the practice room in Mysore I wondered ‘how’ was I going to build more strength?

Certainly many of the arm balance postures of yoga are difficult in terms of their physical tenacity. When I began studying back bending and I told the teacher about doing push-ups, he looked at me with a really confused and painful expression.

Speaking from experience push-ups do not work. I actually discovered they are good for developing stomach strength rather than arm muscle. What I also discovered is the balance, control and an ability to focus is more important than physical strength. In Sanskrit, this is called sthita-prajna (meaning the steadiness of thought).

Remembering that the practices of yoga are about mind-training is one thing, but developing ways to steady the mind is another. I learned the best way to do this was by being true to one system at a time. For many years, I never deviated from any of the systems I studied. There was little room for improvisations. I started my training with Sivananda and practiced the series for years. When I learned Ashtanga yoga and later the system of AtmaVikasa it was with the same approach. However, to develop strength, as an example, I began to create a personal system that better served problem areas and challenges.

Taking a look at the peacock lotus pose (as an example) called padma mayurasana, here is one way to break it down and work with where you are.

1. Start by opening the hips, the low back and waist as well as stretching and opening the ankles in konasana, the side angle pose, warrior and forward bends.

2. Begin with the tree pose if learning half or full lotus is unmanageable. Learn to practice the half and full lotus in all its forms (re: sitting, lying flat and upside-down).

3. Stay focused on the here and now and not how far you have to go. Forget about even lifting upward if you cannot do lotus. Maybe try it in half lotus, which is tougher.

Make it Personal. Troubleshoot your way

The beauty of personalizing the practice lies what you develop along the way and not the finished product. An awakening for me wasn’t when my legs folded neatly into lotus but when I understood where I was blocked internally. During a quiet moment, a gate was opened in being able to deepen my practice. Sharath, Guruji’s grandson, gave me an encouraging moment when he demonstrated to me how his knee moved out of its joint.

He explained it had been ‘restructured’ from the practice.

As a teacher, I am very keen on personalizing the practice. I am not a fan of practicing from start to finish as many teachers encourage. I do not see the merit in saying you can get through the primary series of Ashtanga in one hour if the entire practice has technical holes. I think it’s the same as a pianist claiming they can play the Moonlight Sonata but they trip up on many of the notes along the way.

Taking the time to practice independently and troubleshoot areas of difficulty builds confidence, strength, independence and a greater appreciation for the practice.

The next time my teacher asks about my practice, I can safely say I dumped all push-ups to build ‘real’ strength.

Originally posted in Heather’s blog on the Elephant Journal, 2012.