After what looked like a successful foot in the modelling and acting world, I obtained a degree in Theatre Performance. I also studied at the American Academy of Dramatic Arts in NYC and pursued work in the theatre. But my great passion to become an actress turned into estrangement and with an eating disorder.  At 25 years old, I made a life-altering decision and moved to South Korea to work as an English teacher.  Just like that.

At the time, I had no academic background in teaching. I also had no knowledge of yoga.  In Korea, however, the healing of my life truly began.

When I returned to Canada, I embarked on certified training programs at the Sivananda ashrams. I still consider Sivananda my first teacher and made my way to India to learn more.  For me, learning and teaching are intrinsically linked.  As an adult student, I returned to university; obtaining a Masters of Education while also working as a teacher in the Toronto school private sector.  My thesis dissertation was on Yoga for children in India. During my research, I sat on the floor, ate with my hands and worked closely with many Indian families.  As a guest speaker, I have lectured at York University, the University of Toronto and  McGill, as well as at the International Association of Yoga Therapists Conference (IYAT) in Los Angeles. 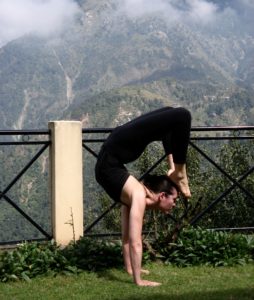 By far, the most pivotal shift along my path was studying directly under Pattabhi Jois in Mysore in 2000.  Practice was at 4:30 a.m. I was one of only a few other students in the shala. It was my 2nd trip to India and I stayed for 3 months.

I quickly accelerated in my practice but faced a severe injury.  Tending to my knee, I used to go to the finishing room (a room only meant for the closing series) to practice back bending.  Ironically, it was my injury that led to formal training exclusively of back bending combined with breath control and the yogis scriptures.  An injury I was able to heal without any medical assistance.

True to life, however, the path is not straight and things are impermanent.  I eventually left my former teacher and including Ashtanga Yoga. Fast forward a few years later and after a miscarriage at 10 weeks in 2011 and giving birth in 2013, my practice again changed.  I began studying under Yogacharya Vinay Kumar; the founder and teacher of Prana Vashya. 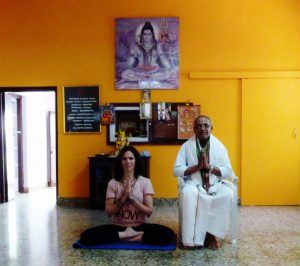 Looking back, the teacher I had and the practice were no longer sustainable.  I had to step back to move forward and sought out formal studies of meditation.  After a chance meeting with Swami Veda Bharati in 2009, I underwent silent retreats at the Sadhaka Grama Dyhana ashram in Rishikesh and received initiation with a personal mantra. My self-seeking also lead me to teachers such as Dipa in Kolkata (the daughter of the late Dipa Ma) and to meeting Shri BNS Iyengar in Mysore. I had heard about Guruji when I first began studying in Mysore. He was understood as being a true, great philosopher and it was said, “If you want to meet God,” then go to Guruji. I have since received the direct teachings of pranayama and philosophy under his guiding light.

Becoming a mother is the greatest change to my  practice and  life. What was once a competitive and intense personal practice grew into a more measured and balanced one. With the heart of real yoga being both kindness and patience, it is my boy who teaches me this daily.

Words cannot convey what it means to me to be a mother other than it is full of joy, challenges and perennial lessons. 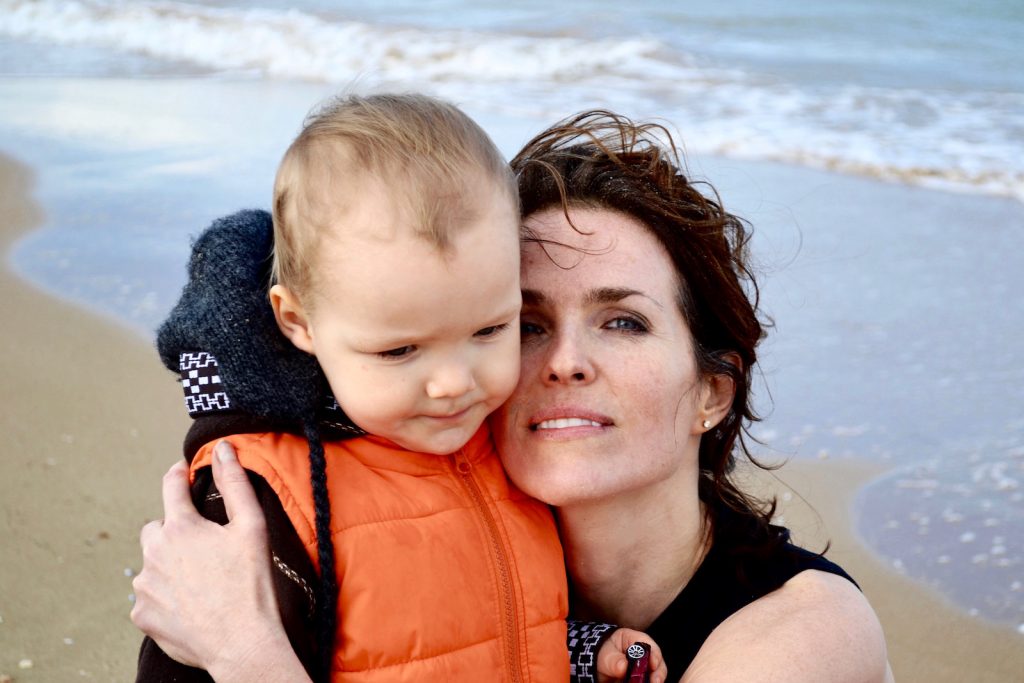 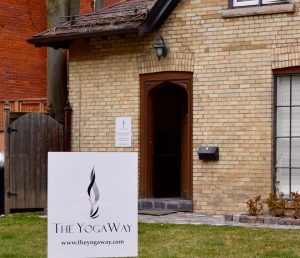 The Yoga Way is a yoga school that I founded in 1997. When I founded The Yoga Way (TYW), it was with the vision of teaching progressive classes and offering personalized instruction.  My motivation was to put the needs of the student first.  While running the school, I teamed up with a medical doctor and physiotherapist in a rehabilitation clinic and learned how to apply the yogic exercises to treat injuries.  For 15 years, I ran TYW independently. It quickly became a haven for students looking for more than drop-in classes. It was a great honour to develop the school and I am very grateful to every single student who studied with me for either a short or longer period. For without them, TYW would never have been born.

TYW served a niche within the Toronto community by offering only 6-week programs in Hatha Yoga, backbending and meditation. Each program limited the class size from 5 – 7 students. It was this kind of intimacy from which I developed my original teaching model from.

Over the years, TYW raised money for many charities by offering classes by donation. TYW supported:

Despite the great developments of the school, I was already looking to fulfill other aspirations and dreams. During mid-2012, I closed TYW and after ending a long term partnership. Turning 40 was another pivotal time for me in which it was not easy to change, but destined.

I met my now husband in Mysore, India who is a Netherlander and became a first-time mom at the age of 43.  I now divide my time between Canada and Europe, and teach Yoga on a freelance basis.

Today, I carry the name of The Yoga Way offering Yoga Retreats in India, workshops and online programs.

It’s often said that the real work of life is that which is done for charity. It opens the heart, clears the mind and is a great reminder of gratitude. I definitely feel this is the case and especially when I am in India. For there are so many ways to help. I began teaching English at a school called Pragathi Vidya Kendra. Pragathi, a private (non-for-profit) school in Mysore, South India in 2004. It gives me great joy to be able to continue to call them my friends and visit them. 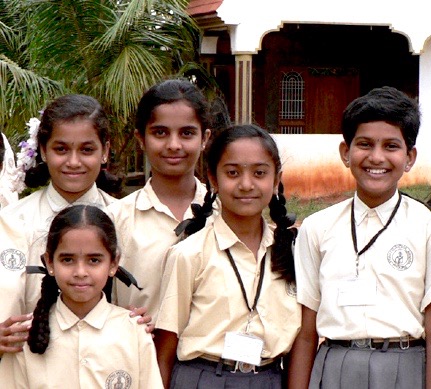 The word ‘Pragathi‘ means progress, ‘Vidya‘ knowledge and ‘Kendra‘ school in Sanskrit. It is a primary and secondary high school that was established in 1993 as a “non-for-profit organization.”  It is  the home for many children who coming from a deprived or poor background would otherwise not be able to have such an education. The school is directed and maintained by the principal, headmaster, teachers and a board of trustees, and including relying generous donations from outsiders. One of best parts is that the school provides a Holistic Education from the Pre-K level to the Xth Standard (Grade 10 in North America). Their curriculum is meant to focus not only upon academic achievements, but addressing the mental, emotional and spiritual aspects of every child, and student.  Yoga has been a key aspect within their curriculum being also taught as a mandatory subject for the last 15 years at the school. All the students from the Ist Standard to the Xth Standard attend weekly yoga,  meditation and chanting classes. It has been my pleasure to combine English speaking into their lessons and to attend their many functions showcasing their wonderful achievements.