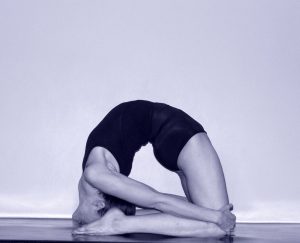 Classical Hatha Yoga is the practice of Patanjalim’s 8-fold path called Ashtanga yoga. Along the path are 8 stages beginning with 5 ethical practices and 5 moral behaviours to train the mind for concentration and meditation.  The yoga postures known as asanas (the third stage) is often the most tangible way to focus the mind, cleanse the body and prepare for meditation.

Overall, Hatha Yoga is an Indian set of exercises focused on body alignment, awareness of the breath and observing the mind. The use of the word “classical” refers to a system of Hatha Yoga that has been developed and taught by a Master teacher or Guru and handed down to their students. It is not a hybrid or popularized version of yoga, but a direct lineage that is taught by the Master to the student. Despite the differences among the styles and approaches, the foundation of the practice shares the same premise.  That is, the body is one gate;  the mind the next. The poses consist of the sun salutations combined with the breath, balance and standing postures, back bends, twists and forward bends. The closing sequence ranges from inversions to rest and relaxation.

I teach from a traditional stand-point in that my main focus is on the breath and the individual. The body has its limits while the breath is the vehicle to increase prana (energy). At present, the system I am practicing and studying is from Yogacharya Vinay Kumar in Mysore, South India, called Prana Vashya. My study began after a longer evolution starting from Sivananda Yoga to Ashanga Yoga. 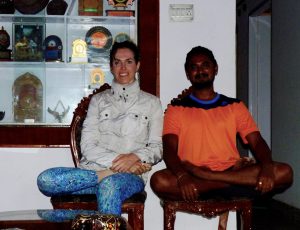 The system of Prana Vashya takes its direction from the panic flow. It is practiced with retentions before and after the inhalation or the exhalation. These are formerly known as kumbhakas with antara (before the exhalation) and bahya (before the inhalation) and act as a way to control the breath. I have learned the primary and secondary series with Vinay, which involves both intermediate and advanced postures. Even the primary level is not a basic flow of simple postures, but a strong practice of arm balances, lotus positions and spinal twists. Breath retentions and a continual flow of movement are the inherent basis to the practice. However, the bedrock of the system rests in placing the mind in between the inhalations and the exhalations, and finding the space within these two forces.

As a sacred and spiritual tool in learning how to accept and work with limitations, the postures are but remedies in dealing with chronic pain, injuries and emotional blocks. Haha Yoga is a way to discover your nature and the meaning of your life. It leads to meditation, which is the Ultimate Yoga.