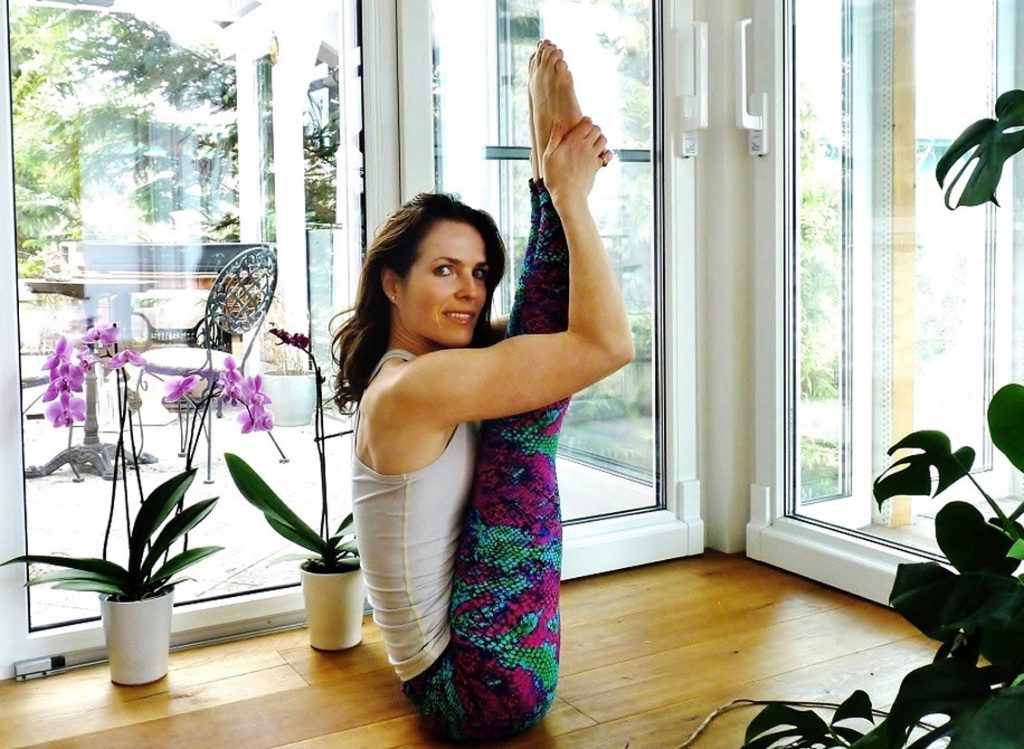 Canadian-born and raised Heather (Morton) van Hettema is a business owner and certified teacher turned educator, mother, wife, writer and traveller.  As a committed teacher, Heather founded her own yoga school The Yoga Way; a niche studio in the heart of Yorkville that served the Toronto yoga community for over 15 years. With no prior background in yoga, her varied experiences extend today to making 22 trips over the last 20 years to India where she studies and trains under Yoga Masters and Gurus. Taking also her passion for travel to the next level she has lived in East Asia, Europe and North Africa.

Academically, Heather holds a Master of Education (M.Ed.), a Bachelor of Education (B.Ed.) and a Fine Arts degree in Theatre Performance (B.F.A.). Her post-graduate research included a thesis on Yoga as a curriculum subject in school. Heather has taught Drama and English in the private school sector, and is a member of the Ontario College of Teachers (OCT).

Becoming known for her teaching style, Heather has a rare talent in leading students into a posture as a mental and spiritual practice. Because of her unique background, she treats Yoga as a deep subject for each person to reach their optimum health and explore their spiritual path.  Her teaching is intuitive, technical and highly inspirational.

Having made what appeared as a successful foot into the modeling world, Heather changed gears to heal her life. Jump start to leaving Canada and with a paperback book on Yoga therapy in her bag, she lived and worked in South Korea for 2 years. In Korea, she taugt yoga to adults and children. Upon her return to Canada, she lived at the Sivananda Vedanta Yoga Ashrams and completed the TTC, ATTC  & the Sadhana Intensive programs.  The latter being 6 hours of daily pranayama.

In 1999, she made her first trip to India.  A turning point was in studying directly under K. Pattabhi Jois in Mysore at his original shala. But with a knee injury and a feeling of yoga being more than asanas,  Heather sought out other practices and teachers. For the next 13 years, she studied backbending yoga in Mysore and earned additional certifications. In 2009, she met the late Swami Veda Bharati and engaged in silent retreats in Rishikesh. She was initiated with his blessings into The Himalayan Tradition of Yoga Meditation.

Over the subsequent years, from a miscarriage to marriage and the birth of her son, her practice took many twists and turns.

Going full circle, she has studied for the last 7 years under Vinay-ji Kumar in Mysore; practising a Vinyasa Krama system. In 2015, her dharma landed her at the feet of Shri BNS Iyengar; the oldest living nexus in the Ashtanga Yoga Vinyasa lineage and a disciple of T. Krishnamacharya.

Heather produced one of the first instructional dvds on the backbends of yoga. It has continued to reach students all over the globe. She also created meditation cds, a backbending manual and a Yoga Teacher Training handbook. As a published author, her ethnographic research project is an inspirational work on Yoga for children in school.

When in India, Heather works with children to improve their quality of education  — a passion of  her’s since 2004.

Offering group and private courses in traditional Hatha Yoga, Heather developed online programs for all levels in 2013. With a strong ability to teach the estoeric concepts of Yoga as a lifestyle,  these courses support her students’ spiritual development, personal goals and greater health.  As a loving mother, she is raising her 7-year old boy to explore the world with open eyes.

Without any formal training, I rented a space in a Lutheran church in Seoul to teach yoga. What lead me to do this is a mystery. I thought teaching yoga might be a good way to get into shape, become healthy and answer some of my deeper questions. I generally approached yoga from the stand-point of, “Let’s get a good workout”.

Described as the ‘real deal’ by the Toronto Life magazine, Heather founded The Yoga Way school to provide structured classes and more intimate teaching. Not offering drop-ins was the premise in helping students build a self-practice of yoga.