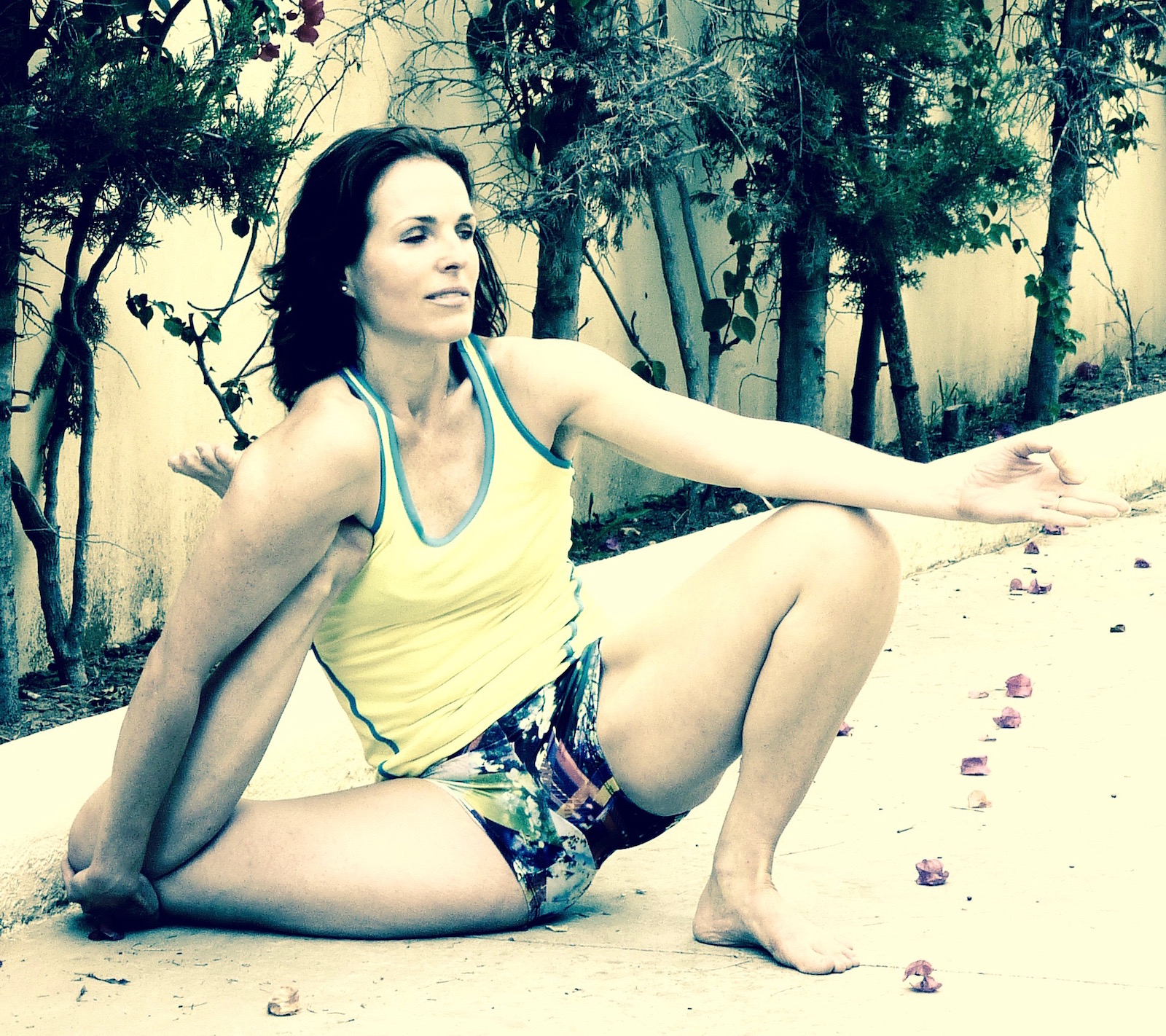 Yoga as a Great Adventure

Yoga is a great adventure. I think it is the greatest adventure of all.

and the deepest trenches at the bottom of your own subconscious.

If you allow Yoga to transform you it will do so at the physical, mental, moral and spiritual level.

Whatever type of Yoga you pursue, in the end, it will send you inwardly free.

It will bring you understanding, joy and the capacity to face any situation fearlessly.

Reading these words, I wish I could say I wrote them myself. I truly believe Yoga is a great adventure. Since 1997, Yoga has been the center of my professional and personal life. It is a wonderful adventure that has taken me to India, given me the joy of practice and a clear path to cultivate a spiritual life. But my original aspirations were very far removed from this.

In high school, my dream was to become an actress. I had the leading role in every school play and worked hard to excel in speech arts and performance classes. I remember a play in which we depicted the scenes from everyday life. I listed the areas of work, school, play and family. I recall asking my group, “Is that it?” Something felt like it was missing but everyone agreed there was nothing else.

Today, it is  that ‘something’ which  I deem as being the spiritual life and what many people have articulated as the lack of an inner one.

The spiritual realm is where Yoga ultimately takes us. But in the West as Georg Feuerstein writes, we are often involved with a type of Yoga that is remotely vague in comparison to its original roots. I first became acquainted with Georg Feuerstein’s work while thumbing through books on Yoga philosophy during my early dabblings in yoga in the 90’s. I revisited his work during my post-graduate studies. His work became the somber backbone for most of my research on Yoga in the Educational system in South India.

Feuerstein points to the loss of ‘authentic’ Yoga and that the resolution may rest in defining what is ‘traditional’. What we call tradition is so relative anyway and usually our own personal or collective definition. Yoga’s evolution quite simply is not as straight-forward as most people assume. In fact, many people equate Yoga to Hinduism, but Yoga is also interwoven into the fabric of Jainism, Buddhism and Sikhism.

So what is meant by traditional yoga? How is it implied? How is it practiced differently than modern-day yoga?

I personally think it is very insightful to first define what is meant by contemporary and traditional yoga. Contemporary yoga or what is known today as Hatha yoga and Ashtanga yoga has generally been reduced to solely exercise. Even the fact that many yoga teachers claim Ashtanga yoga is ‘the most authentic Yoga’ is debatable; if not wrong. Krishnamacharya, the Guru of many other Gurus, went on to develop another type of Yoga based on his own, personal evolution. As well, many practitioners seem to state or confirm that you will ‘eventually’ be led to a deeper experience by practice alone. Giving the general impression that it really doesn’t matter what Yoga you do as long as you do it.

But is it really this simple?

If I am not actively doing the work or engaged in a genuine practice, will I be easily led there by default? In other words, how will I ever know if the Yoga I have taken up is authentic, true and working at all on a deeper level?

Conversely, traditional Yoga tends to start off with the basic premise that this is a spiritual journey. The vinyasas and the exercises associated with practice are considered and treated as secondary; not primary. The Ashtanga Yoga Master, K. Pattabhi Jois often told me directly in class, “It is just bending.” And another teacher in Mysore repeatedly expressed to me,  “….. the postures are imaginings.”

Like many people who take up Yoga, I also began with no intention in learning the theory or history of it. This was in part due to the representation of Yoga in the media and my own superficial quests. Having a few good teachers, however, has thankfully shaped my path for the better. Each one of my primary teachers has been an Indian Master. And it was made clear from the start the postures are not a big deal now or ever.

Today, it is also important to find the context to fit the “lost teachings of Yoga” for which Feuerstein reminds us of. Rather than looking for ways to make it easier or more accessible, it’s more important to seek the lessons in learning it well. This is not to imply Yoga should not be enjoyed and only a strict austere regime. And yet,  it is also not meant to be easy, comfortable and a happy-go-lucky feel good practice all the time.

In the end, a traditional based yoga can lead you astray to dogmatic practices and a type of cultism. While a modern day approach may actually lead to the spiritual path that all true Yogis have set out to share.

Ultimately, it is up to each practitioner to find out for themselves and to stay on course of a great adventure.