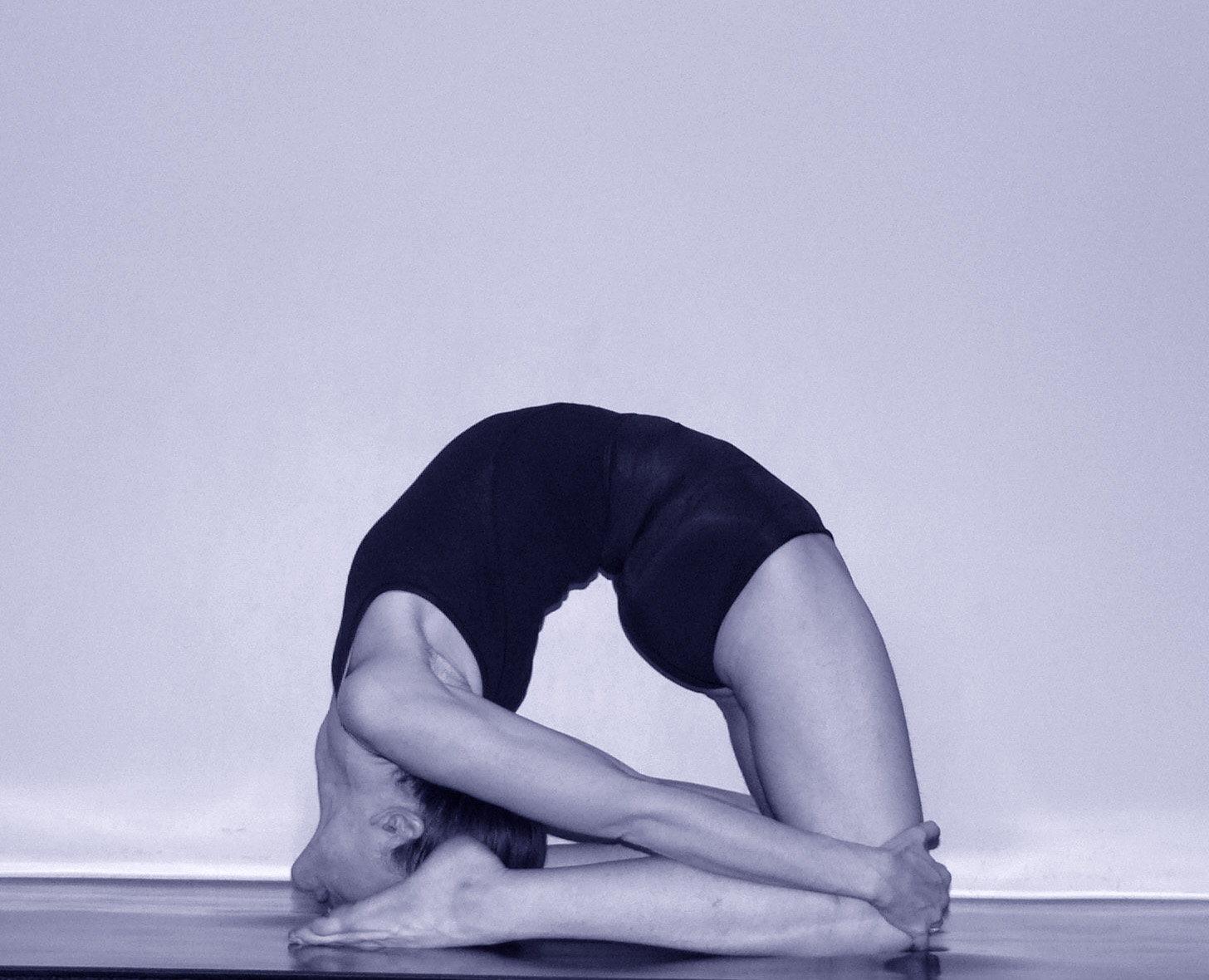 As a teacher, I get asked all kinds of questions about yoga. Sometimes they are obvious ones like, “Does it ever get easy?” to “How long will it take?” But one question was more personal and not as comfortable to reply to.

Recently, a student wrote to me, “I feel very sexual during the practice. Is that okay?”

His question was about backbending. During my backbending classes, students have expressed to me they feel “pretty orgasmic”, but I have never been asked this question directly. He also wrote he hoped I didn’t take the question the wrong way.

I felt his question was legitimate so I answered to it. Here’s my take:

From my personal experience, backbends are extremely energizing. During the early stages of my practice, I felt so free; I wanted to stay in that zone forever. I learned to breathe in a way where I could turn my body backward and catch my ankle while one of my legs was extended forward. It was as a part of the sun salutations that I practiced at 5:30 a.m. When I bent backward, the moon was still in the sky as daylight was not yet on the horizon; it felt like something magical was happening. It was painful to do these postures but never in a way that brought me to injury. My mental tenacity overruled my body pain. Feeling stiff was my greatest discomfort, which I worked out during the following practice the next day.

I never took days off and continued my intense practice when I returned home in my Toronto studio. This became a series of backbending postures that defined my practice and to some degree my identity too. Since I was one of the few teachers who were exploring the practice to a great depth, I also felt very proud. But I probably didn’t notice that gradually I became so full of adrenalin that I lost sight of a more balanced practice. Some people told me my eyes looked fierce and intense and that I was attacking the world from a front-line view.

Backbending was definitely a passion of mine. Later during my practices in Mysore my teacher at the time stopped me from practicing them. He wanted me to take a month off. When I returned on subsequent trips to study, I withdrew from the intensive practice I had devoted myself to. My practice was more focused on a handful of postures that were held for extended durations.

There is a definite inherent addictive quality to backbending. And whether they make you feel sexual or not is extremely personal to say the least. For myself, I feel that I was channeling my sexual energy into them. At the peak of my practice, I became single again after ending a long-term relationship. I was living alone and not dating anyone and feeling unsettled. I used backbends to gain control over my life and to prove I had worth and value. I was struggling with this when I left my partnership. I was seeking solace within myself, but I can say now I was using them to build a wall around myself.

It was my way to deal with emotional pain.

I have to say, however, I never learned backbending as a practice onto itself. The breath was paramount. It was my breath and mental focus that allowed me to go as deep as I did. I was never a gymnast, a dancer or had any other formal training. I also have a very large curve in my upper spine; making it more improbable that I would bend this way. My ability was the result of a steady practice that remained consistent for over ten years. Even when I was already forty years old, I was expanding my limit into super, deep dancer positions.

I write all of this, because without the foundation on the breath I might have been swept away in trying to continue to beat my ‘best’ in backbending. Both my professional and personal life started to change rapidly. I guess, you could say life took the led from where my practice remained.

I became a wife, a mother, a traveler and a part-time cook. I closed my yoga school and of course, could not practice the extreme backbends while I was pregnant.

Getting back to the question of whether it’s normal to feel aroused, I personally think it is. Feelings of hate, anger, frustration and others emotions are equally stimulated from practice. Just because I might feel a little uncomfortable in discussing sexual arousal, it makes no difference to the fact it happens. I once shared with a teacher my students’ comments about feeling orgasmic. She replied, “Yes, it is like that.” The conversation ended there.

In yoga, there are many ancient practices that deal with this more specifically. Having an orgasm is thought to be a loss of vital fluids called “ojas“.  So to answer this question with a question, how can we find ways to observe it? To be aware of our urges? And seek ways to channel it into something else? And to feel it is okay like other feelings like hatred, anger and sadness?

After I posted my response, there was a woman with a Christian group who took up my thoughts here as being against Jesus Christ. She stated that what I was condoning promiscuous behaviour.

I felt disappointed that she easily took my post and twisted it. Because it is not what I have shared. I am not a regular church-goer. And I am not an expert on the biblical sayings. I did grow up, however, as a Christian and therefore, I am confident the teachings do not include suppressing yourself. Or suggesting that I am going Jesus Christ.

For me, sexual feelings are a call to transform the energy into a deeper, more insightful practice. That’s what all yogis have strived to do as well through the regular practices of kriyas (cleansing techniques).

It’s the challenge that yoga presents to us.