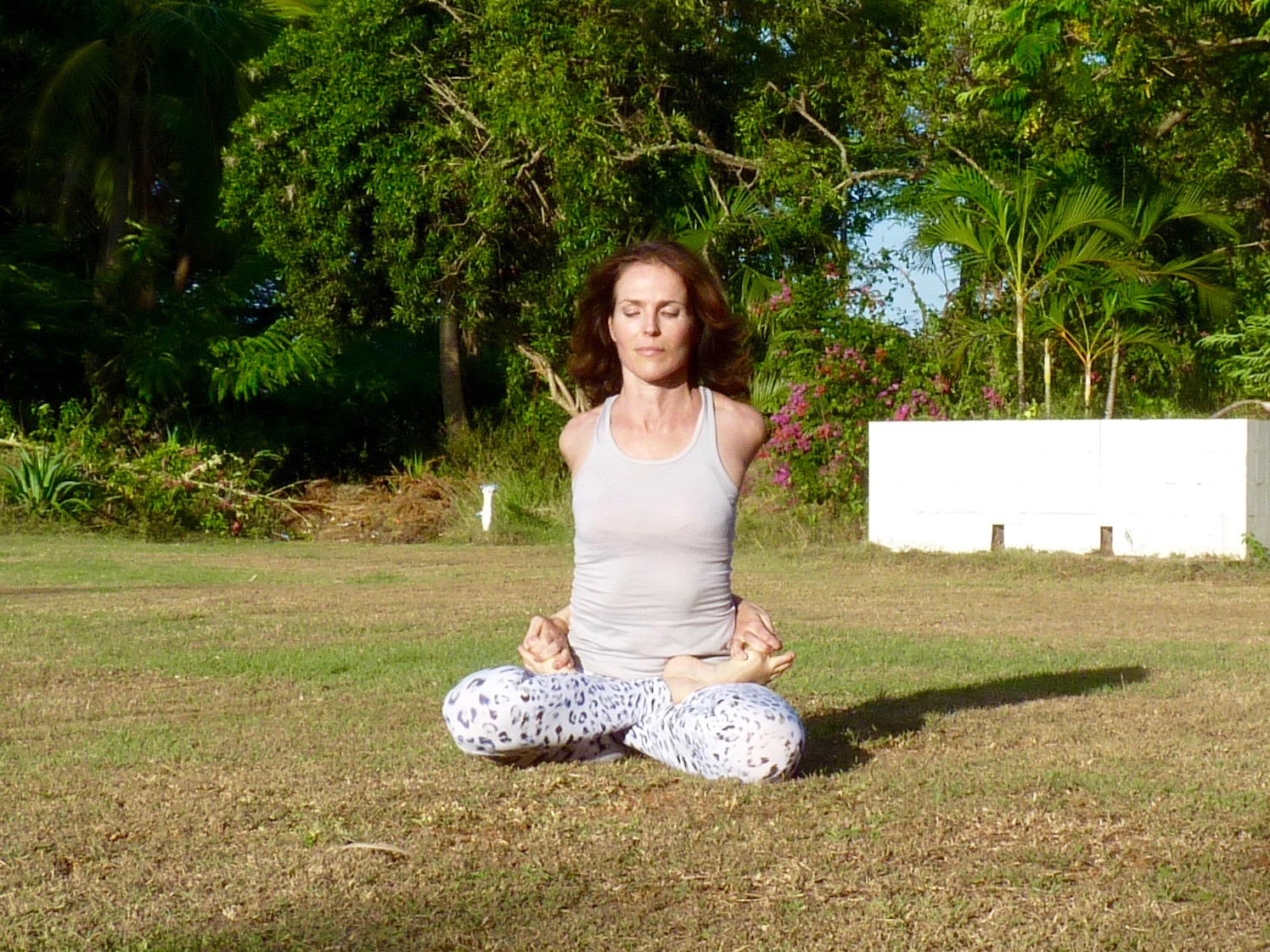 A Bullfrog on a New Moon

One morning during my allotted time slot of 4:30 a.m. in Mysore, I showed up for my regular class at the shala after frantically catching a very rare rickshaw. Usually at this time there was absolutely no one around. It was my second trip to India and my first time studying under Pattabhi Jois.  I was bit ‘out of’ to say the least. And getting up at 3 a.m. didn’t’ really help. As I sat down on the front steps of the school, I could not understand why no one else had come yet. I certainly was not the only eager student.

It seemed really odd I was the only one there.

By now, it was getting closer to 4 a.m. and still no other students had shown up.  Because I was totally alone and sitting around in the dark in Mysore,  I started to imagine the worse when I heard noises around me.  I immediately went flying out of my seat as a bullfrog gracefully landed directly beside me.  For the next few seconds, I watched him (or her) jump around. My heart went from my gut back to feeling oddly okay with the realization I was after all alone in the pitch dark.  I have to say during those years, it was not that stupid to walk to class;  hitch a ride or head out at ungodly hours to get to class. Things were safer, calmer and there were no reports on sexual predators or attacks. Today, unfortunately, it has grown into  a totally different scene. I would never recommend walking alone to anyone (female or male).  Not that I recommended it then either, but there wasn’t any other way to get to class. So in watching the frog and realizing my mistake,  I gradually knew it was time to head back to my hotel.

And I realized there was no class today.

At this time, I was so new to the practice it did not register to me that it was a new moon and therefore no practice. By not practicing on either a new or full moon, it honors the planetary forces that govern our existence. In Ashtanga yoga, the practice is not taken on either of these cycles. In classical Hatha yoga, however, meditation is recommended instead or pranayama. And with a higher frequency toward the cosmos and an auspicious period within the month, it is less about outward action as it is about tuning inward.

During a full moon the sun and moon are in opposition to one another while in the new moon cycle they are in conjunction. These differing positions are related to the cycles of our breath. That is, the full moon relates to the end of the inhalation; the rising of prana (energy).  A common characteristic during a full moon is that of becoming head strong; overly aggressively or feeling angry. Conversely, the new moon relates to the end of the exhalation; the emerging apana (downward energy). This is believed to be associated with feelings of heaviness or feeling ‘earthy’.

Still walking back to my hotel and it was nearing 5 a.m., .I had now remembered Pattabhi Jois saying something about rest.

“No practice, you take rest.  New moon there.”

And so that day, I took rest after my 6 kilometre walk back to the hotel room.

© Copyright of The Yoga Way, 2014. All written rights reserved.