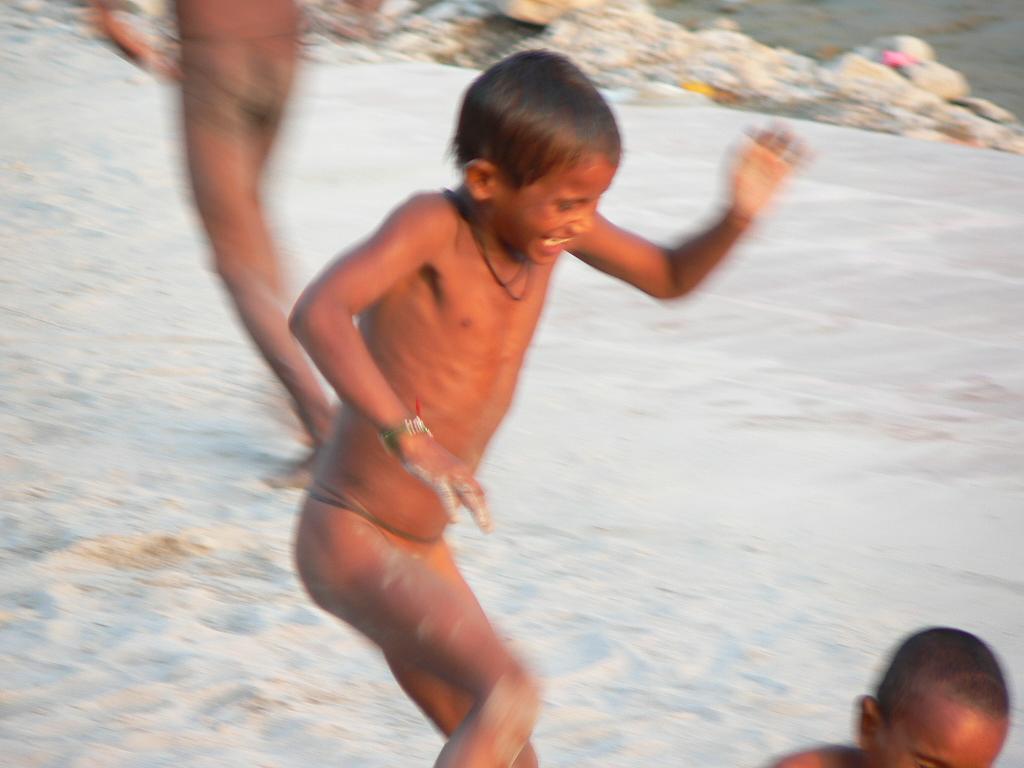 After studying Mysore this year, I headed again to Rishikesh (the foothills of the Himilayas) to meet my meditation teacher, Swami Veda Bharati, the eldest living disciple of Swami Rama. I flew from Bangalore to Delhi and took the overnight train to Haridwar. Finding a taxi driver from the train station is always fun since they don’t speak English well in North India. They never seem to know where you want to go, but you don’t realize this isn’t the case until you are driving in circles.

It became obvious the driver was confused when they stopped every few minutes to ask for directions. In the end, they brought me to the wrong ashram where I received the right directions from a helpful Swami. During the car ride, my driver (probably not much older than sixteen) invited me to have a smoke. He looked pretty disappointed when I said I didn’t.

Smoking up for me is something I did back in university. I guess, at this stage who hasn’t? I even spent one week stoned and quickly saw how easy it is to slip into the habit. That seemed uncannily very clear to me. Maybe I was lucky, because I saw this. An inner voice told me to forget it. Kind of like the same one that told to stop lying to myself about smoking that “one” cigarette at night. I dropped the habit at 27 years old and never looked back.

As we moved along in the car, I started to go travel back in my mind about the first time I was in Rishikesh. My memory consists of watching a large pig pee in the Ganges while a man dressed as Hanuman (the monkey god) diligently washed off his body paint a few feet away.

“Hmmmm, the holy waters of purification,” I thought. I knew so little about it all.

I also walked several kilometers to avoid being overcharged by a rickshaw drivers. I can’t believe I would argue over what amounts to fifty cents, but I did. During this time, I walked to and from the Ganges in which there are ashrams stacked on top of each other. I past the sign for the Sivananda ashram, Omkaranada ashram, Swami Rama Ashram, the Vivekanada Institute and so many more. I was on a strange mission in those days for something. I just kept walking. 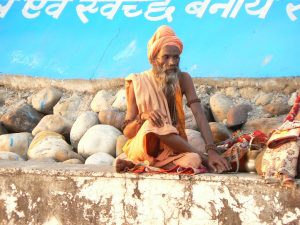 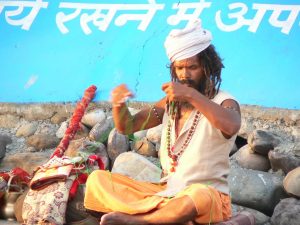 And then there is the array of sadhus, wandering monks and swamis walking around. One Swami whom I know I have never met before was convinced he knew me.

Ironically, I have returned ten years later, but this is ten years in the future not the past.

Near the bank of the Ganges are many pujas, rituals and other ceremonies taking place.  I know I cannot keep track of them all. And then there are the children.

I asked the driver to stop. I wanted to walk again along the banks. On my walk, a group of young boys were playing along the river banks without a care in the world. They reminded me of the freedom of being a child again. Once they spotted me taking their photo, they were really eager to see it.

I have to say I can’t explain what it meant to be surrounded by several naked young Indian boys jumping up and down. It was one of those moments in which there are no words. It was so innocent. So funny and free. 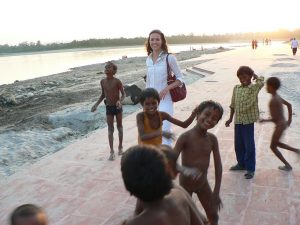 They were a fresh reminder of how we lose our freedom as adults. But perhaps what we can still feel if we want to.

I returned to the car and we moved on toward the ashram.

Dance naked; when and where you can.