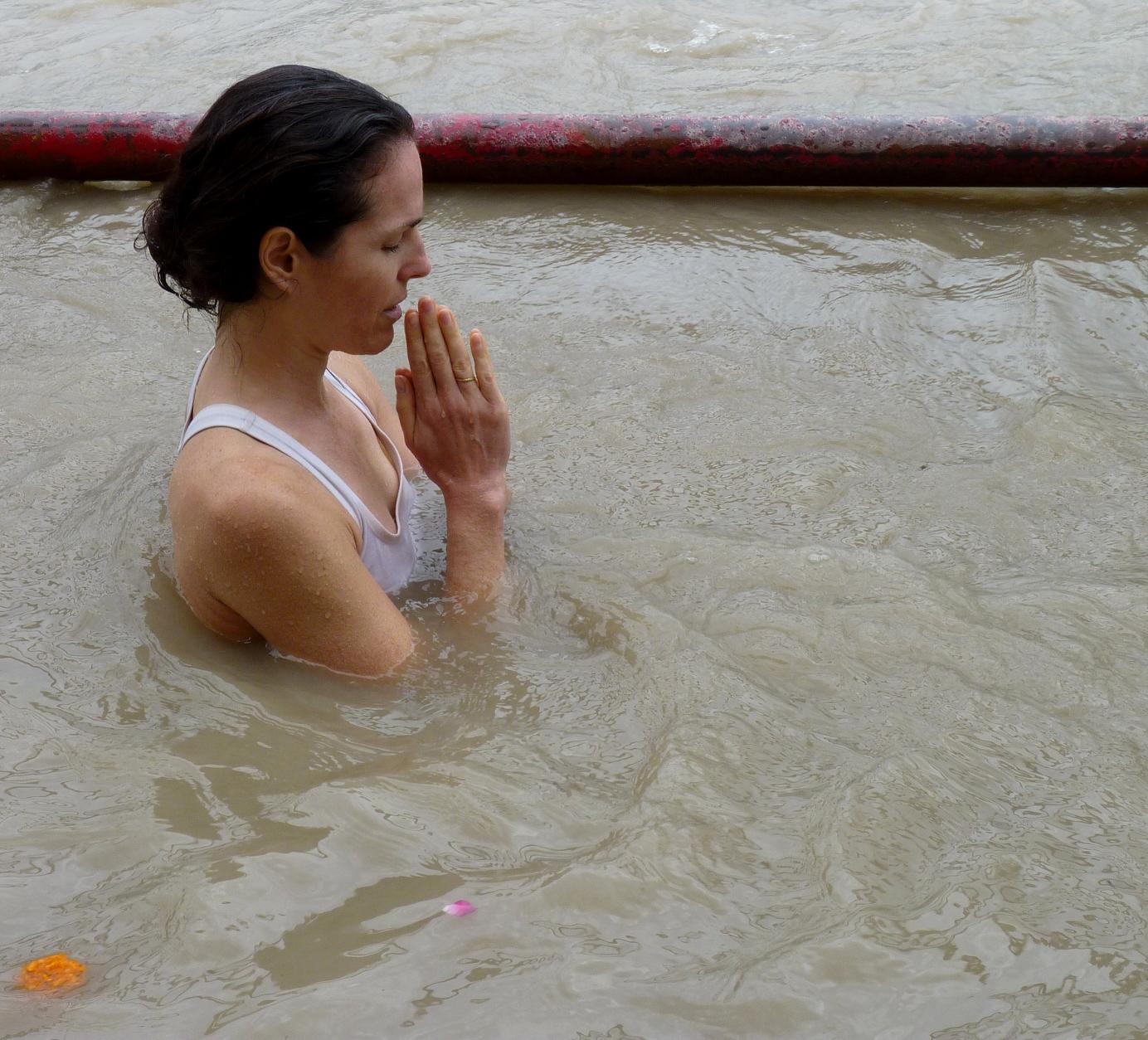 Flow of the Ganges

The Ganges is recognized throughout India as a body of water that signifies evolution, the cleansing of karma and a sacred stream of holiness. Even if some people consider it to be dirty and unfit, its symbolic power to heal overrules the notions of it being unhygienic. The Ganges is an immeasurable container and like many of the texts from the Indian culture (the Vedas, Upanishads and the Great Epics), it cannot be completely understood.

During one of my first trips to India I visited Varansi, Bernas; considered the ideal setting and place for a holy bath. Mark Twain referred to Varansi by naming it as the holiest city of the holy. I still remember the holy man who shared with me in detail his private, daily ritual at the water to heal his foot.

Many books, poems, songs and legends speak about the holy Ganges. One interesting book entitled, “The Flow of the Ganges” (Ganga Lahari) is said to have been written by a Sanskrit scholar, Panditaraja Jagannatha. The book was named the ‘waves’ of the Ganga to signify the ever-moving and present waves of the mind. Pandit wrote the book in order to cleanse his sin of marrying a foreigner.

The background on how the book came to be written begins with a chess game. During the game the Emperor was about to defeat Pandit so he challenged him that if he lost he would grant him anything he wanted. Just at that moment a beautiful Muslim princess entered the room. If he won the game, Pandit requested that he be able to marry her. As luck would have it, Pandit won the game and the Emperor granted him his wish.

But this story does not have a happy ending. After Pandit finished his duties he was deemed an outcast for marrying outside of his religion and forced to leave his home. Tormented by disgrace, he went to one of the bathing ghats to try to cleanse himself of his actions. But the Ganga also seemed to forsake him and started to recede.

Feeling very distraught by this he began to chant. He then wrote the 53 slokas that comprise the “Flow of the Ganges”. It is understood with each sloka (verse) the water returned until finally the last verse was written.

So being in the land of the holy, I was invited to bathe. I know the water looks incredibly dirty but I felt inspired (not repulsed) to take a dip. A local artist kept asking me whenever he saw me passing his shop if I had gone for my bath yet.

“Just one time, once you should do,” he told me. “In my community, it is holy water.”

The next day when I saw him again I was happy to report I had taken a bath.

“No, just in the morning,” I replied to which he smiled brightly.

Some people say the dirty water makes it more powerful. It certainly didn’t feel dirty but bright, cold and stimulating. And if the legend of the Ganges is true, I may have managed to wipe away or level down some of my own karmas in this lifetime.

© Copyright of  The Yoga Way, 2013. All written rights reserved.