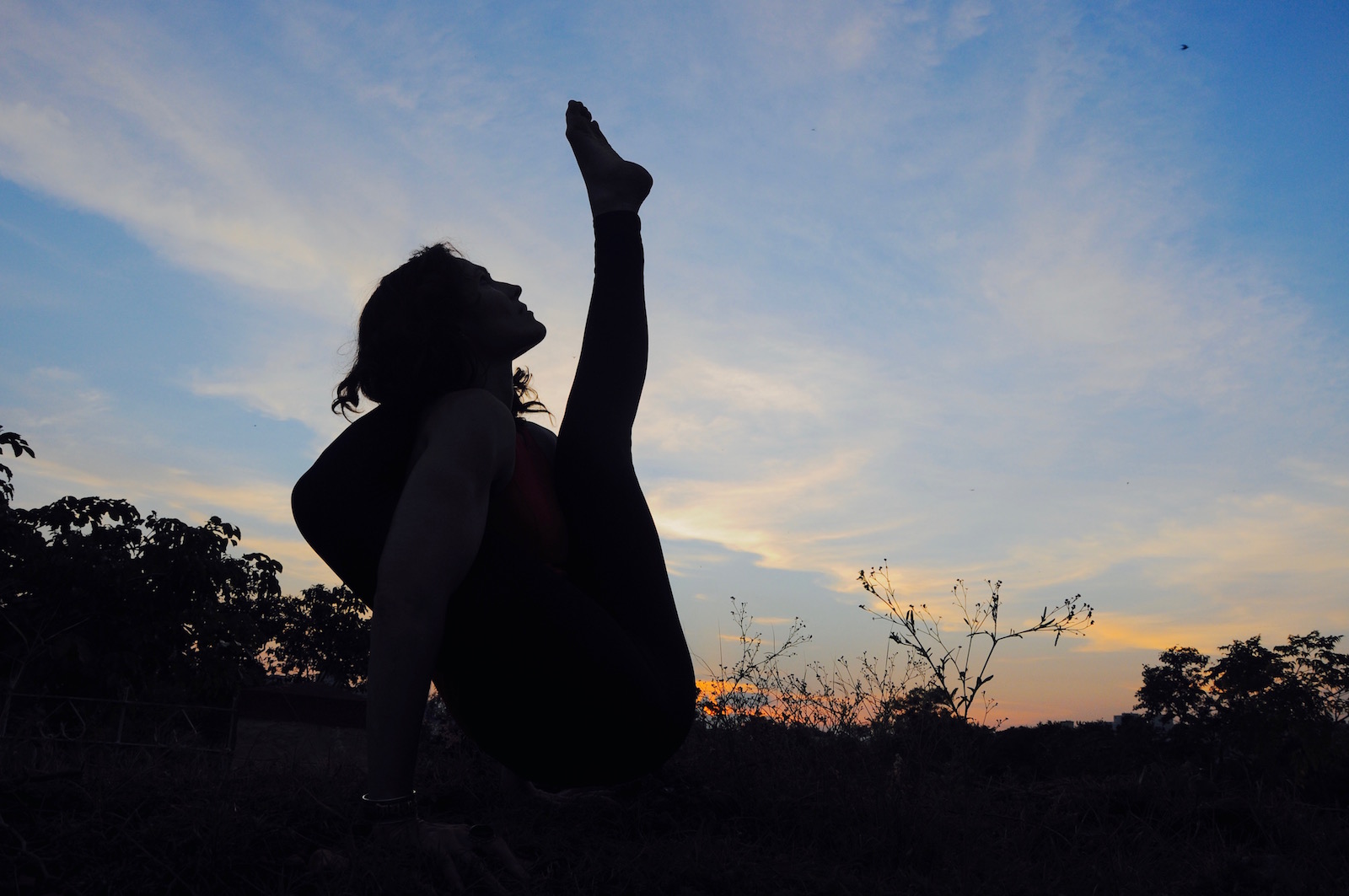 From being a lazy student to teaching yoga in South Korea (an excerpt from my M.Ed. thesis, 2006).

I started yoga in a very informal manner. I did not know what I was getting into it or what it was all about. When I was 25 years old, I moved to South Korea to find myself. Feeling estranged from the life I thought I would have and in particular the theatre world in which I had placed my life’s aspirations, I knew my answer was to go. After a car accident that resulted in a broken shoulder and wrist, and the divorce of my parents, I took this as a sign that my path needed some serious readjustments. I was also struggling with an eating disorder (something not too unfamiliar for many young women).

Leaving Canada to teach English was one of the most important life decisions I have ever made. I can still remember standing in the classroom during the first summer. The children were looking back at me with beads of sweat on their tiny faces. I was looking out the window and into the street and thinking in that fleeting moment,  “my life is being healed.” Korea opened my mind to travel, family, tradition, Buddhism, Asian culture, being a westerner and oddly enough, Yoga. Because at this time, there were very few yoga teachers in South Korea (if any at all).

In South Korea, I began working as an English teacher and traveling alone throughout Asia to Japan, the Philippines, China, Hong Kong and North Korea. Living with Korean families gave me first-hand experiences of daily life in the context of their traditions. Every week I visited a local Buddhist temple where I sat for hours watching people pray, sit, bow and look at me looking at them. I often found myself just sitting there staring at the main wall where many Buddhist heads were hand-painted as a collage of art work. Returning back to the family’s home on a crowded bus and gazing at the biggest sun I had ever seen felt like I was taking the temple home with me. It was also exactly the way I had seen in art books; an orange ball, blazing in the Asian sky.

While in Korea and without any formal training or practice, I rented a space in a Lutheran church in Seoul to teach weekly yoga classes. What lead me to do this is still a mystery. I used an old copy of a book on Yoga Therapy by Sonia Richmond as my teaching guide. I had purchased this book on a whim from a Toronto health food store for less than a dollar. I thought teaching yoga might be a good way to get into shape, become healthy and answer some of my deeper questions. But I generally approached yoga from the stand-point of, “Let’s get a good workout”.

It’s embarrassing for me to think of this now. I had no knowledge about Yoga itself and to my surprise none of my students questioned my credentials. When I did return to Canada I sought formal training by living at many of the Sivananda-yoga ashrams. The rest is history as I went on to gradually build a community of yoga students in Toronto by founding my own yoga school called The Yoga Way (TYW).

For 15 years (1997 to 2012), TYW offered only 6-week yoga programs to a small but loyal following. I closed the school when I took a hiatus from running it and went on to embrace other life aspirations and dreams.