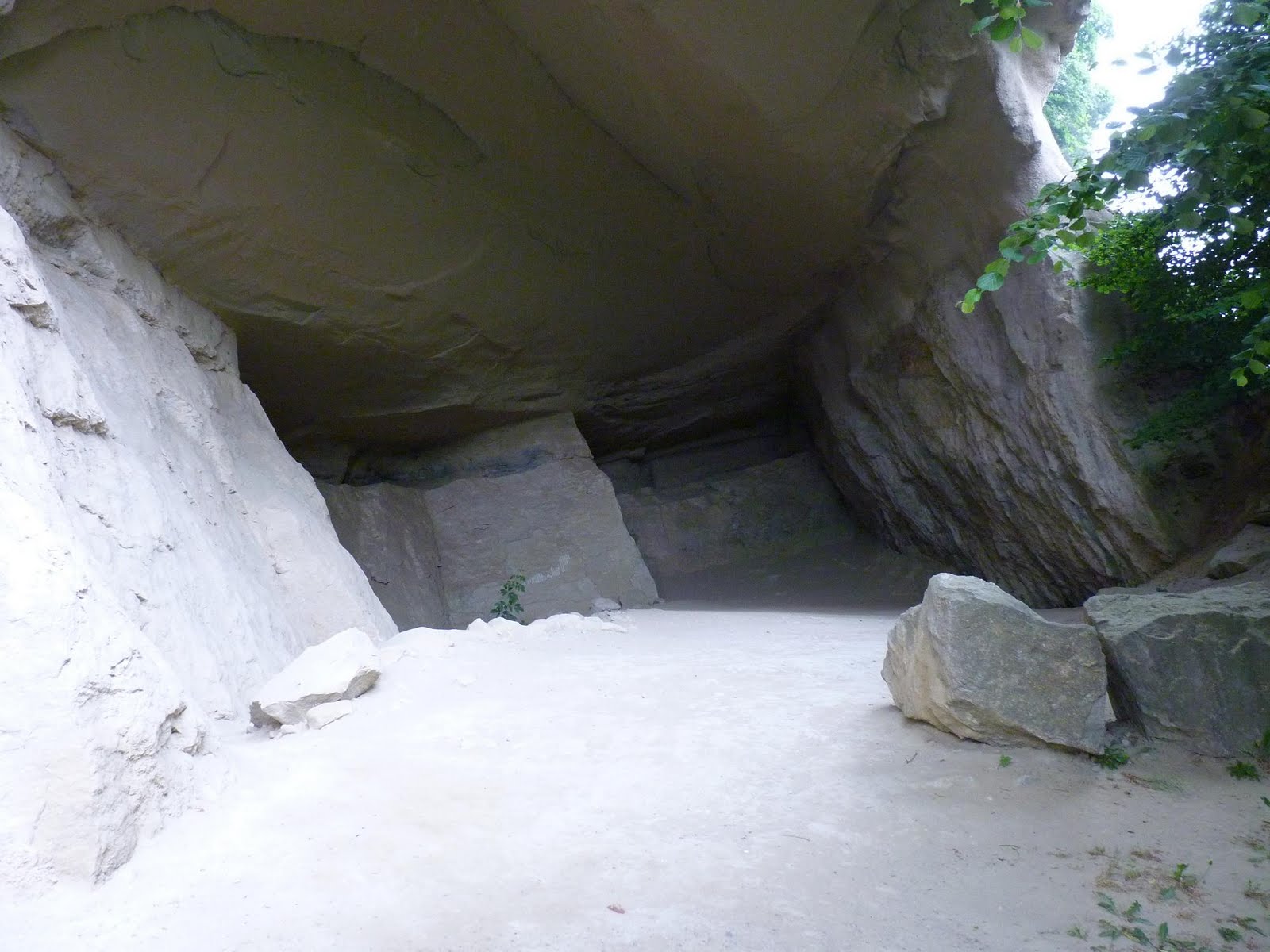 While in Switzerland during a short holiday, I visited a small village in Wuerenlos (near Baden).

This is the location where a cave known for its healing properties and energy fields can be found.

People from all over the world have come here to spend time in the cave to heal their body, mind and spirit. 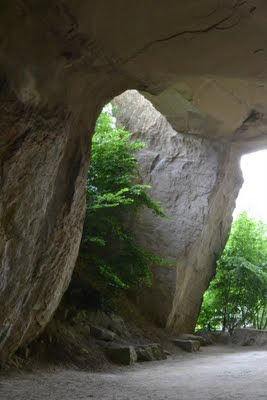 View from the outside.

Intrigued by this and the legacy of the work of Emma Kunz (1892 to 1963), I also went into the cave to find out if it was actually true you could be healed.  Emma Kunz it seemed had stumbled upon this cave while she was looking for the cure to help a sick friend.  As a nurse, healer, researcher and artist, she conducted remarkable explorations that dealt with the supernatural and by invoking the healing powers inside of the cave.

As the story goes, .when a friend of hers become ill, she began to do research on natural healing remedies. From her findings,  she discovered there were special properties not only in the rock itself, but energy fields surrounding the structure of the cave (known as Grutto in German). Having uncovered the healing properties of this rock, it is sold in Europe at many pharmacies today.  It is by no means a conventional method to medicine, but is often prescribed by doctors as a part of a patient’s healing process. 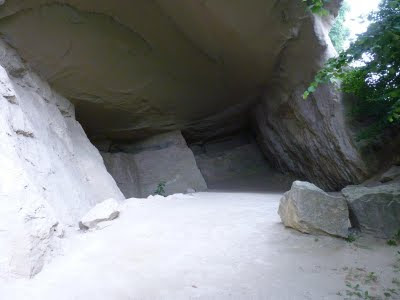 To enter the cave, however, you cannot just show up. And getting an appointment is not always that easy due to it popularity you may end up waiting at least a few weeks.  With luck or as fate would have it, we were able to have a half-hour period that I shared with my husband  (then my long-distant boyfriend) and another traveller (a young German man who was healing his back). This kind stranger had been there before and it was now his second time within the same year.  He claimed it was helping his back for which no physiotherapy, exercise or chiropractor had been able to heal.

Time slots are given for each person to visit and while he had already booked the slot, he generously agreed to let us join him. Sometimes I really get the feeling life hands you over a nice, kind gesture from a stranger. Because as I understand it, there are also only as 1-2 people permitted inside of the cave per visit.

When I entered the cave, I walked along the side and felt the cool, damp and dark feeling of the ground underneath my feet. I was drawn to the far right and sat near the side of the rocks. Looking back, I almost felt like an invisible force was guiding me to continue to walk alone the side until I found the highest point where I could sit.  The rocks on the wall formed a step-ladder from where I had continued to move toward until I met the final step on the wall. I later learned that where I was sitting was known to recharge the chakras as well as for experiencing spiritual impulses (i.e., the highest vibration inside the cave). Before entering the cave, I had not see or known that such a map of these energy fields existed.

While inside of the cave, I had two clear reactions.  One of these was an intense feeling on the left side of my face feeling frozen; as if  the muscles were gripping. And the other reaction was of a steady stream of air coming out of the left nostril; as if it had no end.  After sitting for the half-hour time slot, I felt the ‘impulse’ to do the dancer pose and a few other postures. This is normally a yoga posture I do not assume immediately, but take time to warm up into. I took the picture using my self-timer, which only allows a few seconds from the time taken to set-up the camera to getting into the position or in this case my posture.

Interestingly enough, I noticed the presence of the cave was still with me even after several days. It was an indescribable feeling of a protective shield having been drawn around me. And as though both my mental field and aura had been reset.

Emma Kunz is said to have visited the cave any time she needed to ‘recharge her batteries’. While I still know so little of her life and her work, I felt somehow as if I was totally meant to have visited her home and the centre of her work.

More often than not, we miss the messengers transmitted to us thinking perhaps they are tangible and visible. But the energy that Emma Kunz worked with was far removed from the material level. Her drawings manifested from what she envisioned as being the energies from the unforeseen world.

To Emma, this is the inner world of our souls and spirits. That unforeseen world, which is always present but that no one really sees into (and maybe doesn’t really believed in either). I could certainly draw many parallels between her work and the philosophy of Yoga. However, Emma was not practicing yoga per se and yet her work, practice and visions point to many interesting facets that are of the same thread.

The thread of healing and to activate more within ourselves than we think is normally possible. 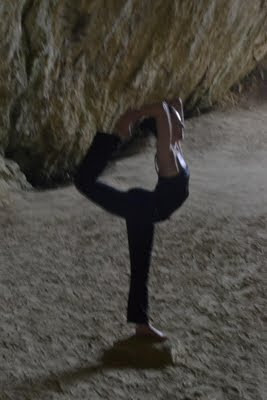 Me in the Dancer pose.

© Copyright of  The Yoga Way, 2010. All written rights reserved.